GONE IN A FLASH!

It’s been said that “time flies when you’re having fun” well I can testify to that as the last month has whizzed by.

A month’s worth of lure fishing adventures started with me guiding two clients on Grafham reservoir, our targets were the jumbo Perch that inhabit the water. Grafham on our visit was alive with hordes of micro Perch, getting through to the better fish proved to be a challenge. My favourite ice jigs were very effective at getting bites from the mass of wasps they attracted, we caught loads of these but getting through to their bigger kin alluded us. I did however catch a bonus Zander of around 4lbs, small by Grafham standards, on a Rapala Jiggin’ Rap. 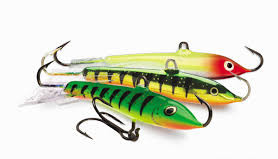 The only other thing of note were two large bream, unfortunately both were foul hooked. These super specimens at 7lb 8oz and just under 10lbs gave us some hairy moments until we realised they weren’t huge Perch or Zander. Although we didn’t achieve our goal we did have two a very amusing days, it’s not often that you catch so little and yet still have an enjoyable time. When three like minded anglers get together, swapping stories about their fishing exploits the places they’ve visited, the adventures and mishaps that have befallen them, well then you can imagine it was a lot of fun.

My next adventure took me to Rutland Water, my favourite reservoir, which this year was hosting the World Lure Fishing Championship. Sixteen countries would be competing for the title; the current World Campions Romania had hired me to guide them for five days as they acquainted themselves with the venue. I was to guide six team members and their team manager as they practiced for the event. I was intrigued to see how they would tackle Rutland; they came well prepared bringing portable bow mounted electric engines with them. These engines allowed them to anchor their boats out in the deep water, beyond the reach of traditional anchors, using the GPS / Spot Lock feature. This is a massive advantage when fishing this water, under competition rules.

In competition the competitors are not allowed to fish their lures behind a drifting boat; this is deemed to be trolling. Only casting in front of a drifting boat or from a stationary position is allowed. This meant that my effective “vertical jigging” method was out of the window, being of no use to them. The team had hired me however to show them around the reservoir pointing out my most productive spots, while explaining why I thought these areas were attractive to the Zander, Perch and Pike. 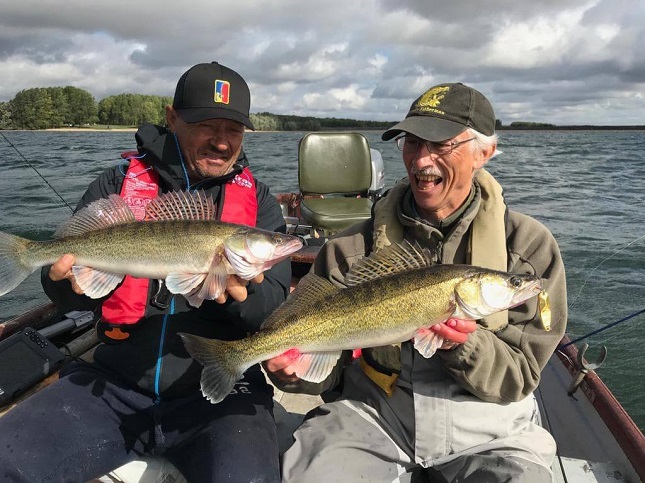 As we fished it became apparent that the famous structures in the reservoir, pipes and towers were not holding Zander in any great numbers, although there were plenty of plump Perch in one such spot. The Zander were in areas where depth was the feature, no obvious structures, just deep water. The few Pike we caught came from much deeper water than I’d expected, we came to the conclusion that they’d been driven into the deep, cool water, during the heat wave and as yet hadn’t spread out again, up into the arms where it is much shallower.

Not being able to vertical jig meant I would have to adapt my casting methods. I normally use this tactic on windless days when the boat is almost stationary. Having the advantage of fishing from an anchored boat, using Spot Lock, allowed me to cast a variety of light lures into deep water, even in the windy conditions.

A typical retrieve would see me cast my lure downwind, then free spool my line until the lure hit the bottom. The retrieve then starts with a few gentle winds of the reel handle, using only a 20g jig head I had to be careful not to lift my lure too far off the bottom. A pause saw the lure flutter, as it fell towards the bottom, and swings towards me. Takes always came “on the drop” and varied from a gentle pluck, to the sensation of extra tension, or even a savage snatch that sent an electric shock up the line into my elbow, wow I love Zander fishing! The Romanian angler’s technique was quite different, they were using lures loaded with more weight than mine, rather than a gentle retrieve they worked their lures with short, sharp, jerks of the rod, while taking up the slack line after each rod movement.

It was interesting to note that my subtle approach often caught Zander and Perch when the Romanians weren’t catching. There were times however when their more active approach triggered fish that wouldn’t take my lures. I’m certainly going to try and integrate their technique into my repertoire in the future. Who said you can’t teach old dogs new tricks?

My good friend Rikki Cooper is a member of the England team that was competing in the championship. We’ve found it very difficult over recent weeks to discuss our fishing results without breaking any confidences. I’ll be very interested to see how each team fares when it comes to the competition itself. I have split allegiances, obviously I wanted team England to do well but I’d bonded with the Romanian guys so hoped they’d do well too. I shared a lot of time with these guys as we exchanged ideas and tactics. I just hope they all fish well on the day and, “may the best team win”!

I travelled to Rutland on the second and final day of competition to greet the teams as they arrived back at base. What a cold and miserable day it turned out to be, leaving home it was a balmy 18°C, by the time I reached Rutland it had plunged to 8°C!

Day 1 was horrendous with wind speeds up to 30mph, gusting to over 45mph! I’m sure on any other day the anglers would not have ventured out on the reservoir. It must have been nigh on impossible to fish effectively for Zander, and the results seem to reflected that fact with mainly Perch and a few Pike being caught.

Day 2, the wind dropped but it lashed down with rain all morning and the temperature plummeted! The anglers looked wet and dejected as they left the water. All those except the Estonians of course who had, not only mastered the conditions but their strategy of fishing for Pike, not Zander had paid off handsomely. Once again the Zander had failed to feed, for a second day. Three of the top five teams targeted the Pike and were rewarded with their high placings. Most teams including England and Romania struggled when the Zander proved elusive, and were unable to catch enough sizable Perch to make up the length of the pike. This event is measured by length not weight. I know England are disappointed but it’s a steep learning curve and they should be applauded for the huge effort they all put into this event. Better luck next year in sunny South Africa.