Lures and tactics for a new Pike Season.

With the autumn looming now’s the time to start planning your piking campaign, where you’ll fish will affect your lure choices, so here are a few things to consider that will ensure you have the right tools in your box.

As the water cools the pike will be waking up from their summer slumber, they will be looking to feed hard to recover condition and will be prepared to attack lures that are fished above their heads. No need to be subtle now, take advantage of this aggressive faze, choose lures that will search water quickly with lots of movement.

Well if you’re going to fish rivers or canals you’ll need lures that have the ability to search water quickly, in order to locate and catch fish, ones that are snag-proof too. Offset spinner baits and chatterbaits are my “go to” lures; their up turned hooks make them perfect to fish those “pikey looking spots” around weirs, locks and under bridges, all places where snags abound. Cast into the far margins, holding the rod tip high, in the 11 o’clock position, let the lure sink down the drop off; this is where resting pike will be lying waiting to ambush any unsuspecting prey. Takes often occur “on the drop” so be prepared! Commence the retrieve this will see the lure rise in the water, now slow down a little and the bait starts to descend and flutter, by speeding up and slowing down, this method known as slow rolling effectively searches a wider depth band than just a straight retrieve. Don’t spend too much time fishing one spot, run and gun is the order of the day, don’t change lures too often just change your location, go looking for action. The more water you cover, the more fish you show your lures to, the more fish you’ll catch. Areas that produce the most fish should be re-visited at a later date and fished more thoroughly, maybe with soft plastics using more subtle techniques. 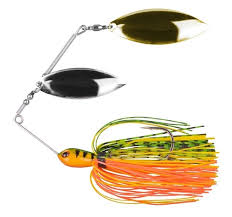 Crankbaits come in a huge array of shapes and sizes, don’t be afraid to use baits in excess of 6”/15cm. Bigger baits have more presence in the water that will get noticed and draw pike from much greater distances than smaller fry size plugs, and they cast further too! Choose baits with shallow lips i.e. smaller bibs, this allows you to retrieve at speed, without going too deep, throw in the occasional rod tip twitch to provoke attacks from following fish is always a good idea. Jointed swimbaits are another good lure choice, they have a mesmerising swimming action on a straight retrieve, but give them a gentle twitch and they glide from side-to-side, creating the illusion of an injured fish i.e. an easy meal. Don’t discount the possibility of using surface/weedless lures either as these will open up areas of water impossible to fish with any other baits!

The same run and gun tactics should be applied on lakes and pits, if your chosen water is on the small side, try a variety of lures that fish through the same depth band but with varying degrees of swimming action. Start with aggressive baits to catch any active fish before resorting to more subtle/natural lures to extract any other pike that maybe in residence.

Some reservoirs can be fished from the shore, if so you can happily use the same lures that I’ve selected for targeting lakes and pits. However I imagine most of us will be going afloat on these huge waters, if trolling is allowed then selected a few aggressive crankbaits that dive to depths ranging between 10’, 15’ and 20’. Aim to troll at around 2.5mph, I’ve found this to be the optimum speed to achieve their best swimming action. You’ll be able to search so much more water using this method while catching fish along the way.

A very effective tactic is to zig-zag troll over the drop off from 10’ to 20’. Any active pike will be on the shallow side hunting prey fish, while in-active fish will be sitting at the bottom of the shelf waiting to strike. You should position a rod on each side of the boat, at right angles to the side, as the boat turns the rod on the outside will speed up while the rod on the inside will slow down. Make a mental note each time you catch a fish, which rod was successful? This in very important, takes on the outside rod, as the lure accelerates and digs deeper shows the fish are active, takes to the inside rod as the lure slows and rises shows the fish are less aggressive, but can still be triggered. You can see from this that trolling can be a very effective method if applied with thought!

Once you’ve found fish you can either choose to carry on trolling, drift the area or anchor up? Drifting is a great tactic as it allows you to search water in a more gentle manner; deploy a drogue if the wind’s too strong to keep in contact with your lure. Drifting also allows you to explore an area more thoroughly you can cast down or across the wind as well as vary retrieve speeds. With better lure contact you can even use the spin stop technique to induce takes, this pause in the retrieve allows the lure to hang momentarily before it either sinks or floats depending on its density.

Anchoring gives you even more line control and contact with your lure enabling you to cast repeatedly at the same feature. Make sure to move around the spot so your lure travels from shallow to deep and visa-versa. Don’t be too patient either move frequently if you’re not seeing any signs of fish.

Unless you’re already seriously into your lure fishing I would suggest you use a fixed spool outfit, there’s no need to go the multiplier route unless you intend throwing magnum sized lures. The 8’ E.T. Thriller with a casting range of 15/40g coupled with a 4000 size reel loaded with a quality 30lb braid is a perfect combination. You can always up-grade once you’ve decided what you enjoy fishing the most. If you get hooked on lure fishing you’ll find one outfit isn’t enough to cover all the lures and methods, but that’s another article in itself.

I hope this starts you thinking seriously about your lure fishing and how you should choose lures to suit the pikes habitat? Lure fishing is a great way of getting to understanding how pike tick too, adapt your presentations to suit their moods and you’ll be more successful, “think like a fish”.

If you need any further advice and the opportunity to handle thousands of lures, then pop in and see me at The Friendly Fisherman in Tunbridge Wells TN1 2PS. It’s always worth checking I’m not out fishing before you travel, phone 01892-528677.