Life in the fast lane

Five days into a new predator season and I’m loving it, not every day has been successful if you only count fish caught but the sheer pleasure of being on the water you ardour, Rutland Water, fishing for “the thinking man’s fish” Zander. 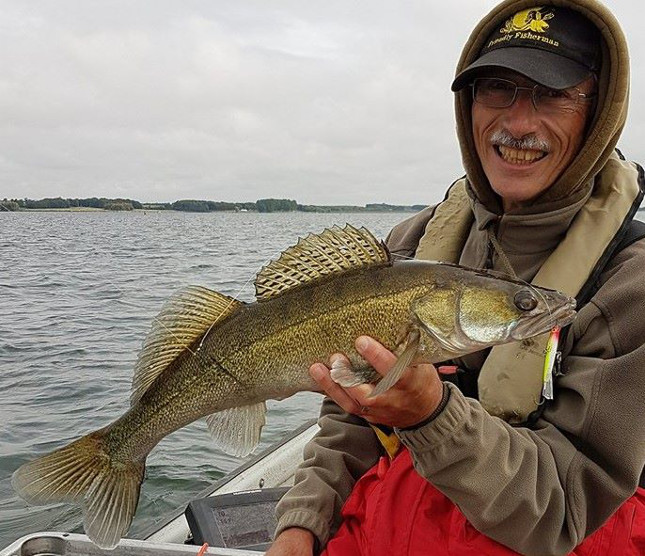 Another Zander for Andy on the Rapala Ice Jig

Rutland draws specialist anglers from far and wide, from a variety of disciplines, some will be Pike fishing while others will be chasing Zander and still more will be fly fishing for some of the hardest fighting Rainbow and Brown Trout in the country.

Already this season I’ve meet Roy Marlow, one of my angling hero’s, Roy was one half of the dynamic match fishing duo of Marks and Marlow fame who dominated the match fishing scene back in the 70’s and 80’s. Roy was out enjoying a day’s Zander fishing with mates, a real gentleman.

I’m very lucky to be recognised as a specialist angler myself and as such get a lot of helpful tips and advice from other anglers. Only the other day pike hunter Andy Black was telling me how he’s been catching good size Zander in shallow water, sub 20 feet while casting lures for Pike. This was reinforced when ‘Big Dave’ Porter a Rutland Fly fisher’s stalwart who informed me that several Zander had been caught while “rudder fishing” on Intermediate fly line, this meant their flies would be no deeper than 5 feet! 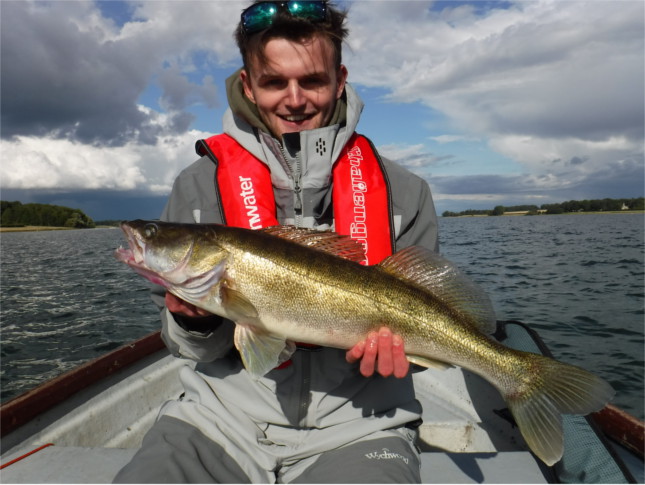 Rutland regulars Rick Varley and Danny are also useful sources of information, they are on the water most weeks of the fishing year, targeting Pike on the fly and very successful they are at it too!

While fishing with George Simmonds, a young guy looking to catch his first Zander, I bumped into Rob Waddington a Trout fishing guide who was guiding a client from Fiji, Zander fishing!

And everyone was having FUN.

Returning home after fishing for two days on Rutland, I was in two minds whether to accept Mark Bryant’s invitation to join him for another Bass session in his boat. My wife Pattie, god bless her, told me I should go as this could be my last chance to go Bassing, this year, now the weather was breaking up and high winds were occurring almost daily.

So next morning I’m ready and waiting for Mark and Paul Alexander, the game plan was to troll crankbaits inshore under the cliffs but Mark was concerned that the strong winds during the week might have coloured the water too much but we had to try after our success the other week.

Mark steered us through depths ranging from 20 feet to 30 feet, we were all using Rapala Tail Dancers as they has been by far the most successful trolling lures Mark has used over the last 4 years! Two hours in and we’ve reached Beachy Head with only Mark catching 3 small schoolies.

Time for plan ‘B’, Mark takes us out over a reef, we’re now fishing vertical with mini pirks and Fiiish Black Minnows. After several drifts I managed to add one small Bass to our meagre tally, on a pirk. We’re still not marking any baitfish on the sounder so it’s time to move on again. Further offshore now and Mark’s taken us to a small wreck, we make several drifts and I add another small Bass to our tally, this time on a Fiiish Crazy Sandeel.

It’s a neap tide and we’re on slack water so I’m casting my sandeel back up-tide and retrieving it in short fast bursts before allowing it to fall, once it’s too close to the boat to retrieve any longer I change to fishing it “sink and draw” style and this is when I get my fish.

Paul catches a jumbo Mackerel on his pirk but it’s obvious that we’re wasting our time here as both Paul and I are losing lures to the wreck in our desperate attempts to extract fish! Our next wreck is still further offshore but still nobody’s home, the day is turning into a real gruler, Paul and I are still hooking wrecks while Mark looks on and grimaces. And so it continues in a similar vein as we bounce from one wreck to another. 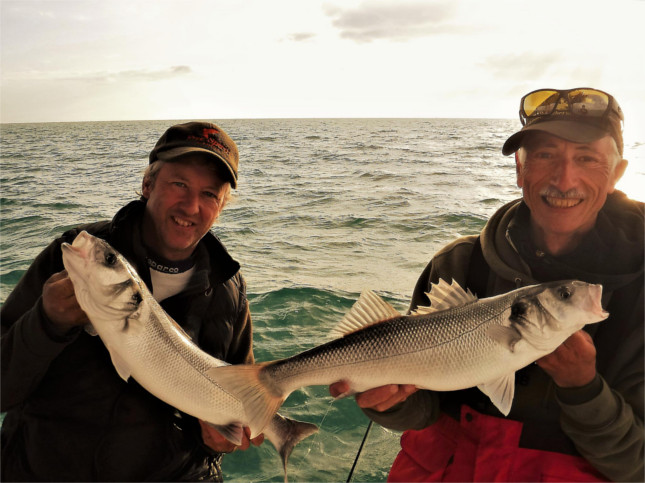 Paul Alexander & Andy Lush are happy with this brace of Bass

Mark had saved this wreck ‘til last, he told us it fished best on an ebbing tide, late in the day.

Our first drifts were very short and up-tide of the wreck as there were divers still diving on the main structure. Wow, wow, wow, the water was alive with fish from top to bottom. Hardly had our pirks hit the bottom than a bass was on it, magic, several times all three us were playing fish at the same time! We saw swirls on the surface and gulls were working the area as Bass hit Sprats. I foolishly tried a surface popper but found it impossible to complete a retrieve as the gulls swooped down trying to grab it as its surface splashing caught their attention. I briefly tried a Megabass Zonk, which swims just sub-surface but Mark and Paul were having so much fun I couldn’t concentrate on what I was doing anymore and had to join in the carnage. 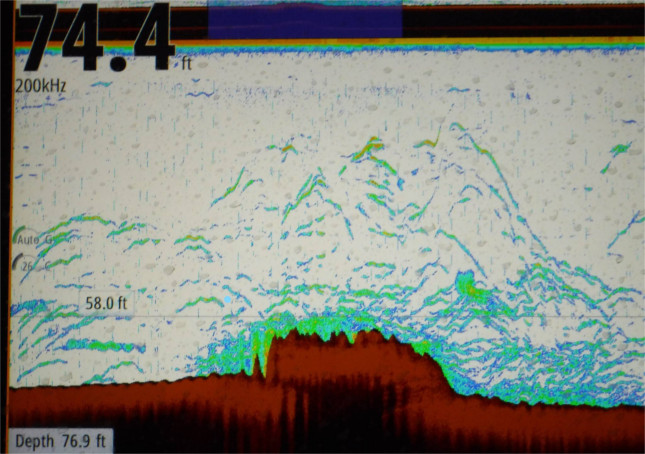 Finally the divers left the wreck which opened up the down-tide portion, oh my god there were even more fish there, unbelievable! In fact the down-tide fish were bigger too!! How exciting was this, after hours of inaction it was now frenetic. As my lure descended you could feel it being hit time and time again before reaching the bottom. Engaging the reel and winding down before imparting action into the lure often saw me already locked into another hard fighting Bass. The battles were exciting too as they bored hard and deep in an effort to escape, often they were regurgitating Sprats. The Bass were plundering the Sprats and the gulls were picking off any the Bass missed, and we were harvesting the predators. Nature is cruel it’s eat or be eaten; our mini pirks are perfect imitations of small Herrings, a large Sprat, so there you have it we finally finished with a flurry. 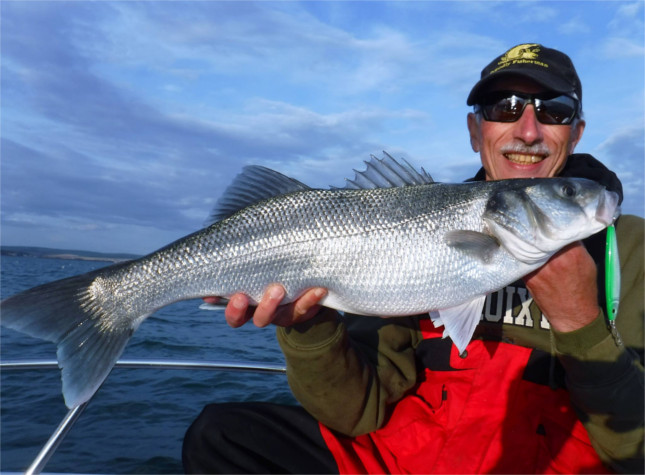 It could so easily have been different if Mark hadn’t known his spots so well; often the difference between success and failure is this fine. Mark’s watercraft flattered Paul and I, without his expertise we would have caught next to nothing. 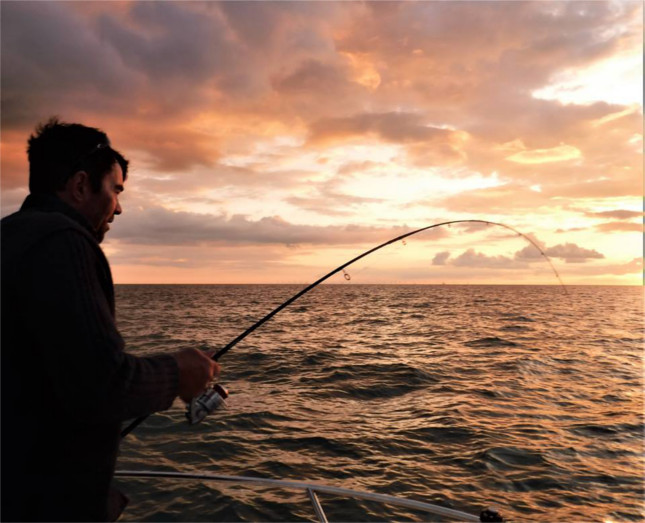