It’s been a busy month seeing me traveling up country to Rutland reservoir for my daily fix of Zander fishing. It’s hard to explain the appeal of Zander, as they don’t fight especially hard nor do they grow to exceptional sizes when compared to Carp, Catfish or Pike. 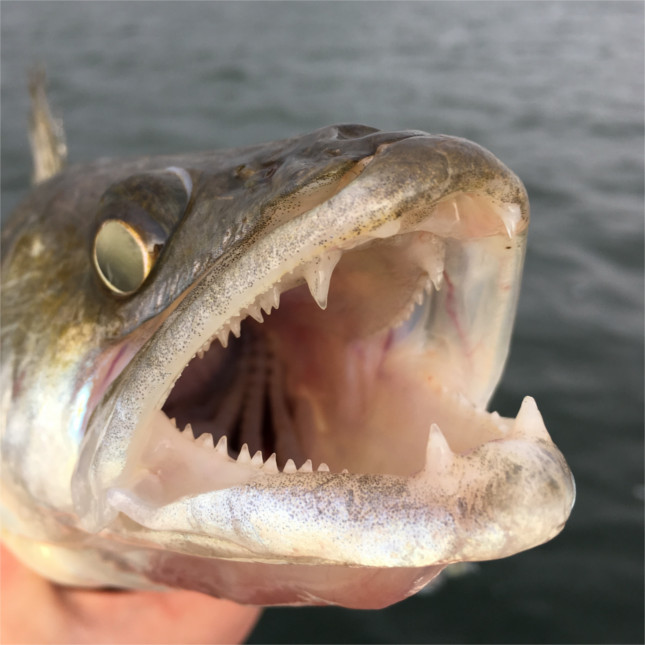 So why all the fuss?

Well for me it’s the fact that Zander are a shoal predator, once you’ve found them, and how to catch them, you should be able to catch several more. They’re the thinking man’s fish, with subtle changes in tactics seeing you rewarded, it really does matter what you do and what you use.

For example, on a recent trip I’d been fishing for two hours with only 2 small Zander, caught on a small paddled tailed ‘Fox Tiddler Fast’. Takes were very few and far between and I had to make a change, days are too short this time of year to dally, so I selected a pin tailed ‘Westin Slim Teez PT’.  The result was almost instant with 3 Zander on the next drift! Why, you may ask? I believe the shape of the bait, its lack of a paddle tail, saw the bait drop faster triggering takes; I found this combination effective on previous occasions. My boat partner switched to the same bait, in a different colour of course, and he enjoyed the same success. So it was the lures action rather than its colour that was tripping then up.

Another example of this was a few weeks ago while fishing with James Gardner, three hours in and I’ve caught 12 Zander, while James toiled away for 8, a good result as this was his first trip in several weeks.  I was still getting takes but they were getting harder to come by, I fancied a change, so I put on a ‘Rapala Flat Jig’. I started getting takes, which I missed at first, but eventually I got it together and caught 3 fish “on the bounce”, while James remained biteless. Reluctantly James accepted my offer of a ‘Flat Jig’, after 15 minutes he catches his first “ice jig fish”, followed by several more. By the end of the day James had doubled his catch on a lure he had no confidence in, what was more poignant was his first choice lures had stopped catching during this period! I chipped away adding an occasional fish in the last two hours, which were very welcome as the last two hours can be very quiet on Rutland for some reason? 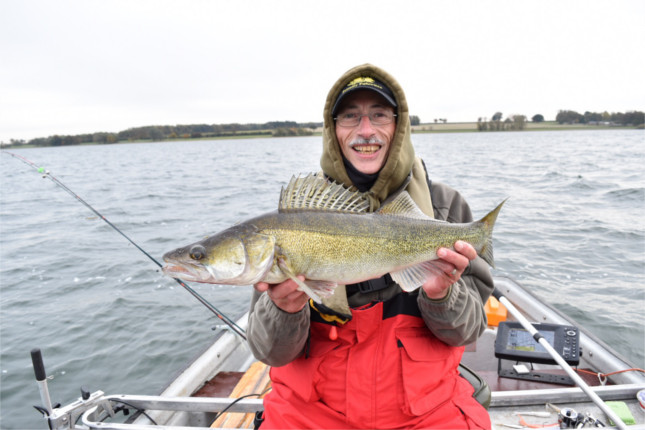 When they’re feeding, Zander takes are savage bone jarring affairs that send a shock wave down the rod and into your elbow. However more often they’re gentle affairs that occur as your lure falls, on a slack line after the upward snap, a take is indicated by a slight dip of the rod tip or a light flick, so not all takes are easy to detect. My favourite take occurs after the “hang” period, you gradually lower your lure searching for the bottom, just as you expect to feel it touch down, “donk”, fish on!

I love lure fishing and fly fishing, as you’ll know if you’ve read any of my previous articles, both styles I practice from a boat which allows me to share my days with friends. Recently I had the pleasure of a day with my good mate and piking legend Gord Burton, Gordy AKA The Piking Pirate is gradually getting the Zander bug. 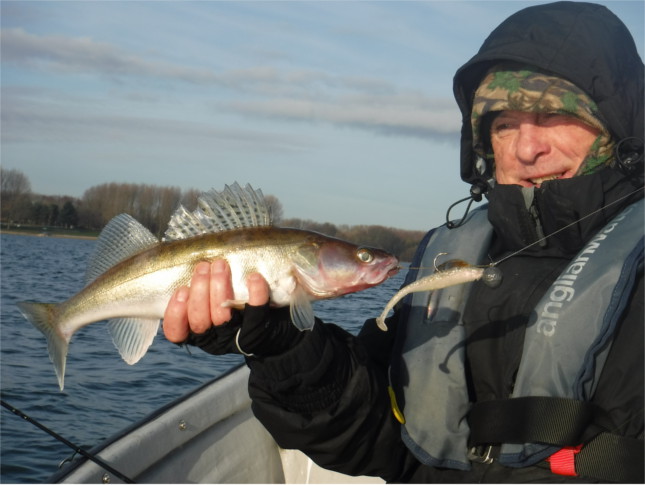 Gordy’s happy with this Zed

Gordy and I focused on a feature that sits on an incline in 70’ of water, as we drifted over the ‘pipe’ we could see shoals of fish surrounding the structure. It was very exciting as takes could come at any time either as we approached the feature, sometimes on the top of the pipe, and some times in the gully behind it. On the first couple of drifts I caught a few Zeds while Gordy, using his own gear, had takes but no fish. I noticed his line was thicker than mine which meant his lure was being held up off the bottom, ever so slightly by the drag on his line, while mine was falling faster after each upward “snap”. Gordy persisted with his own gear, which was OK all the time we had the gentle breeze, but in the afternoon the wind picked up, we even had to deploy the drogue and use heavier jigs, Gordy’s takes stopped. Switching to my St Croix rod, which was rigged with ultra-thin YGK 8 braid, saw a dramatic change in his fortune. The thinner line allowed his lure to sink faster after each jig action and the steeper line angle helped Gordy make contact with the bottom as he lowered his lure. This combination gave instant results with 8 fish in short order, proof again that my fine-tuned, streamlined tackle, really does makes a difference.

Angling guide Rikki Cooper was also fishing on Gordy’s day, Rikki was accompanied by two “young guns” Carl & Alex of YouTube fame. Carl & Alex were keen to film a segment on “vertical jigging”, they had previously had a day on Rutland with another expert and were keen to see how our approach differed? See how they fared on Carl & Alex Fishing on YouTube, soon. 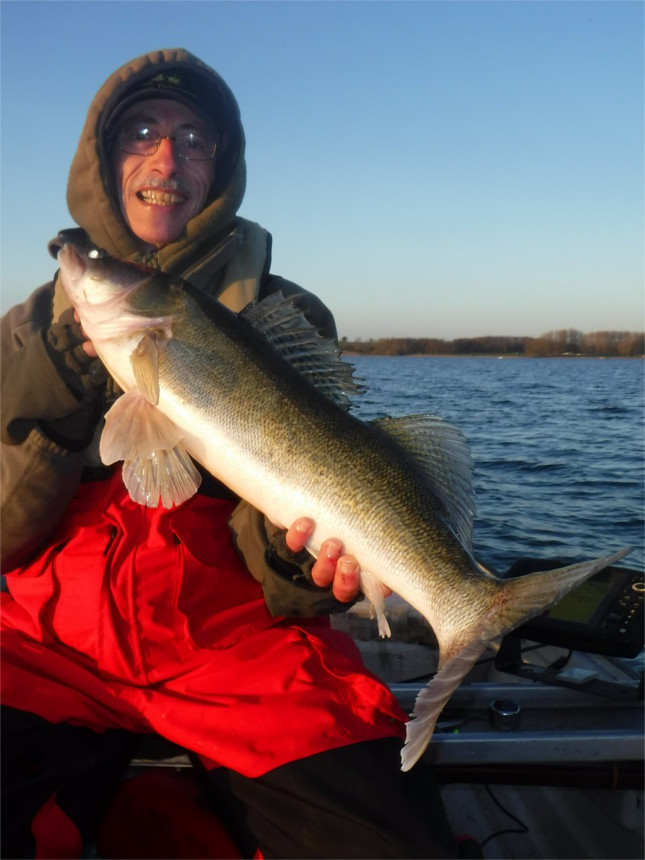 Although my catches on Rutland have been modest, recently I‘ve been fortunate enough to catch a few better fish, the best so far being 8lb 12oz, I’m hoping this trend continues before the season ends.

Until next time, tight lines.