Fly Fisherman in Tunbridge Wells and the surrounding area are blessed with several well established trout fisheries. One of these is Yew Tree near Rotherfield East Sussex. Under the stewardship of John Schumacher, Yew Tree has provided quality trout fishing for over 25 years consisting of 3 lakes totalling 6 acres. The fishery is secluded in woodland just a stones throw from the A267. 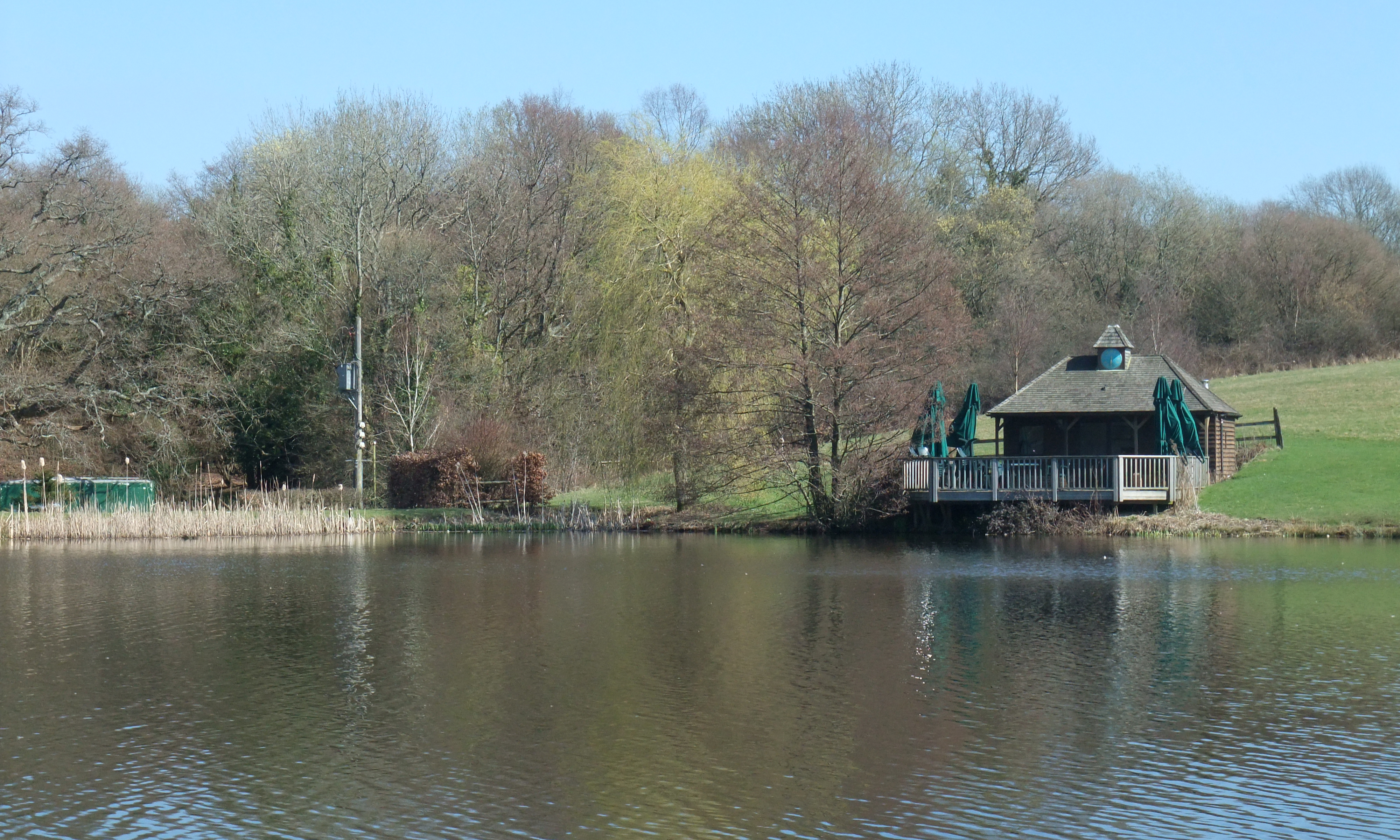 My visit coincided with unseasonably warm weather, bright sunshine and cloudless azure blue skies, not ideal trout fishing conditions! I arrived somewhat later than intended. While booking in, I glanced through the catch return book and noticed that most anglers had been catching but no obvious pattern to their success emerged to guide me. With no other anglers on the fishery I was literally on my own.

I started off on the dam where the deepest water is. My thought was that in such bright, still conditions the fish would seek depth, their equivalent of shade. I systematically worked my way down through the waters layers, counting down each cast before starting the retrieve. Id chosen a Hot Head Damsel coupled with a floating line and 15 Fluorocarbon leader on this occasion. This very versatile fly has a bright orange head which is important as previous experience at Yew Tree had revealed Daphnia to be a major part of the trouts diet, hence the orange head. 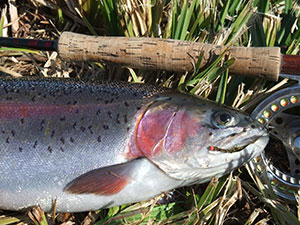 After half an hour my deep fished nymph was ceased by a sprightly trout of a 11/2lbs, quickly followed by another. So, depth and speed had been established, time to move, I wanted to savour the day. I didnt want this to be over too soon. So off I went onto a point on the far side that divides the main lake from a shallow corner. This used to be another pool before it became part of the main lake when the water level was increased. A gentle breeze was ruffling the waters surface, I cast across the wind and just trickle retrieved the damsel back towards the bank, as I slowly lifted the line off the water nearing the end of my retrieve I felt my fly catch some weed but a sharp lift was met by an angry response as a large trout headed for open water. My #5 weight rod hooped over and the reel purred as line disappeared off into the lake, what a perfect way to spend a spring day! Finally a superb 3lb 12oz rainbow graced my net. The condition of this and the other trout is what you would expect at Yew Tree. Quality!