Arlington press day gave me the chance to fish with Andy Lush of The Friendly Fisherman again, an experience I look forward to with relish. Andy is far better fly fisherman than me and when I fish with him I usually pick up a tip, or two and the trip to Arlington was no different.

We arrived at the venue for coffee sometime between 9-30 and 10am and it must have been at least 10-30 before we got started. Fishing from a boat about 100 yards off the west shore we soon spotted fish in the ripple, but floating lines and small nymphs fished just under the surface produced absolutely nothing. Andy was quick spot what was needed and set up a team of dry flies while I fished just a single dry.

Within no time at all he was into a rainbow and soon after that another one. Despite covering numbers of fish I couldnt get so much as a take until Andy adjusted my leader. He tied a length of nylon directly from the fly line to a tiny carp ring that was to hold my dropped then used a length of fluoro carbon to the point fly. The difference was remarkable and I hooked a fish straight away and they were followed by two more before Andy hooked his third fish. They were lovely hard fighting fish and one of the fish I hooked moved so fast it was round the anchor chain, on the opposite side of the boat, before I knew what was happening. 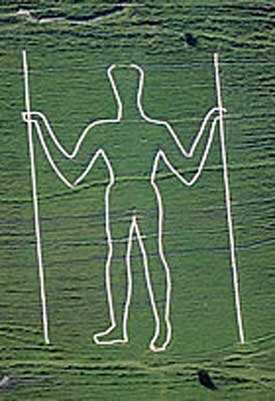 It was noticeable that the trout rose in waves when the light levels dropped and I couldnt help, but think, that had we started earlier, we would have caught more fish quicker. After lunch we were back in the same area, but the fish wasnt showing as much, though Andy was sure they were just under the surface, but I wrongly, thought they would be deeper and fished with an intermediate line. I soon changed back again when Andy started to catch off the surface again.

There was very little cloud and the day was hot and bright, the only thing that reduced the light level were the clouds of mist that every now and again drifted across the lake. To give us an extra advantage we went on the drift covering much larger area, but it was noticeable that most of the trout were spotted when we were level with the cages.

For a while Andy changed to a tiny nymph and fished it just under the surface to pick up another couple of rainbows, but when I caught another trout it was on a dry fly. Eventually Andy boated his eight fish limit catching his final two on dries and I caught just one more on a dry to give me 5.

It had been great experience fishing in the shadow of the Long Man of Wilmington on the South Downs. Ones chance of fishing for trout from a boat has been reduced over the past few years, with reservoirs finding it increasingly difficult to make money out of trout fishing, it is a shame and we can only hope that we have seen the last of the closures. But, if the sport Andy and I had at Arlington is anything to go by, then we should see plenty of action at the lake for years to come.