Stalking carp from the surface by Jay Jones 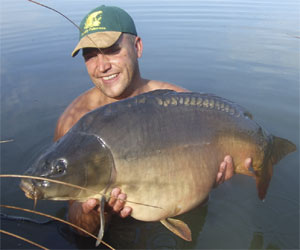 As stalking is my personal favourite style of fishing for carp I will do my best not to bang on about it for hours and bore you all to death, but just give you an insight into how it works for me and produces many large carp on many different occasions.

First off I'll explain the kit I use for stalking and why I think its so important.

I would use an E.T. Tormentor, as this rod is 9ft in length it is very agile in tight areas I may be fishing and also has a great action all the way down to the reel seat, so I can feel exactly what the fish is trying to do once hooked, giving me greater control.

I have seen people using 3lb carp rods for this style of fishing with an 8lb line, in my eyes this is a no go! Imagine tying 8lb line to the end of a broom handle and dragging a brick along, I think you can see where I am going with this, where as 8lb line on a soft short rod will be much more forgiving allowing you to have greater control. 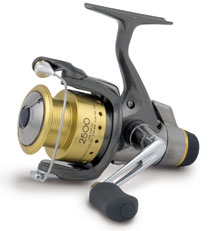 So obviously my choice of line would be around 8-10lb of Berkley sensation, this line floats perfectly on top of the surface making it ideal for using floating baits as it wont sink down onto the carp's head and make it spook before it even gets near your hookbait.

The reel for the job is a Shimano Twin Power 4000, the reason behind this being; you can go from a locked drag to almost free spool speed in the flick of a wrist.

I use a twin break landing net for this type of fishing because it's much easier to transport and usually I'm hiding in very tight areas so in reducing the length of the net pole it makes landing fish that little bit easier, a sling/unhooking mat just because they are easy to carry and great for holding a tackle box and any other items I may have with me at the time.

Hooks are a pretty simple choice as well, size 8 E.S.P raptor's they are very sharp, very light and strong, you dont want a heavy hook as once your hookbait has absorbed some of the lake water it could result in your hookbait sinking, not a great thing as we are surface fishing here! a controller float that I can fill with water so the weight can be adjusted for casting distances, a pair of Polaroid sunglasses and the final thing being a good quality catapult with a large pouch.

On arrival at the lake the first thing I look for is the best vantage point for spotting carp, usually the biggest tree on the water, then out come the Polaroid sunglasses, don't leave home without them they can be the difference in catching and blanking, they remove all glare from the lake surface, this making it much easier to spot the dark shadow of any fish in the water.

On a nice warm summers day spotting fish basking in the upper layer's should not be a problem with a pair of Polaroid sunglasses to any level of angler.

At this point I suppose describing the type of clothing I would be wearing would not be a bad idea as this is also another key factor, try and blend into the scenery around you covering as much flesh as possible, so a nice light camo outfit is always good with some light footwear, imagine you are hunting! Its no good dressing up as if you are about to go to war because this would result in one uncomfortable fishing trip on a hot day!

Once I have spotted some fish I will creep to the area I have chosen and begin trickling in some bait, and for me the bait is sweet and simple, a nice crusty loaf and a bag of pedigree mixer's it's a simple as that.

The only bait preparation I would do is to cut the loaf into hookable size cubes and soak it in one of the E.T oils my personal favourite being the mackerel flavour, and then leaving them to dry out so I would do this about 24 hours before going fishing, you can pop them in the oven for ten minutes to dry them back out if your in a rush but this usually doesnt go down to well with the wife, so leaving them to dry in the garden is fine, just remember that flying wildlife adore bread too!

Anyway back to the topic of trying to catch some fish, at this point I would probably be hiding amongst the reeds or bushes flicking out a few mixer's around the area where I have spotted fish, just sitting back and observing what comes to the surface to feed, if I see a good size fish then I wont go straight in for the kill but just sit back and keep the mixer's going in, all the time the fish are feeding with no lines in the water they will become more confident in feeding and it will only attract more fish to the area, they seem to like the splashing noise of the mixer's. Whilst firing the mixer's out I'm reducing the distance between the fish and myself, I want them right under my feet so I can see exactly what I am angling for, in some circumstances I have been able to cherry pick the fish I want. 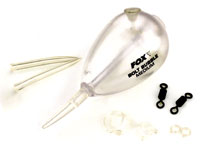 The controller float will only be used when the fish are being stubborn and not falling for my tricks, as in they will not move from an area so I will have to cast to them rather than them come to me, talking of tricks when using the controller float if possible try and keep the wind behind you this will stop your surface bait pushing up against the controller float and making it less visible, sometimes this cant be helped so one of my personal tactics is to save the wax from a babybel cheese and just rub it down your line in between the controller float and the hookbait, this makes the line more buoyant and a little stiffer (not sure I should give that one away!!) my preferred distance between controller and hook is approximately 2-3ft (e.g. hooklength) depending on how tight the area is in which I'm fishing, a long hooklength in a tight area with overhanging trees usually results in a big mess.

Once I have got the fish to a comfortable distance only then will I place a hookbait into the water, using the prepared bread flake as a hookbait and the mixer's as free offerings, this allows me to distinguish exactly what bait is mine making it easier to know when to strike the rod as the fish takes the bait.

Sometimes it's not quite as simple as this so there are a few minor changes that you could make that could possibly make all the difference, for instance you may find that the small fish are becoming a nuisance in the way of hammering your bread flake to pieces causing your hookbait to literally vanish, if this is the case then why not try using some artificial floating baits i.e. bread flake, mixer or even a trimmed down cork ball, just because these baits dont have a smell it doesnt stop the carp from mouthing them.

Now if you are concerned about the artificial bait not giving off any attraction then you can always glug it into a dip of your choice, this will create an oil slick around the hookbait. 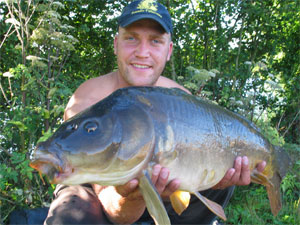 Sometimes things still dont seem to go your way, in this situation you could try mounting your bait on a hair next to the hook, exactly the same as what you would do with a simple hair rig when fishing on the bottom, this would not be a choice of mine as I think it makes the hook far to visible, but that is only my opinion and there is nothing to say that it doesn't work, I know many other angler's that have been successful using this method.

It really is trial and error until you find a comfortable set up that gives you great confidence, it's far too easy for me to sit here and explain to you how my methods work for me but it really does come down to getting out there and having a good go at it for yourself.

Hopefully this has given you a few new ideas if you have never been stalking for carp on the surface before and result in you catching more carp, if youre fishing on a water in the summer and you can see fish on the surface but nothing is happening on the bottom, why not pull the rods in, get your stalking rod out and go for a little wander?

After all it never hurts to give your swim a little time with no lines in the water!