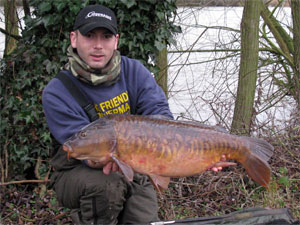 Many of us carpers out there utilize, or "try" to utilize as many things in our angling as possible, the best baits, hooks, PVA, alarms etc. But it seems we are missing one vital element...

Silt? Gravel? Clay? Chod? Is it a snaggy area? How deep is it?

We can resolve all the questions with one piece of kit, the marker rod set up!

Now I am not about to sell you this and plug that, rather I am going to go through the equipment that I use that make it easier to find those key spots. 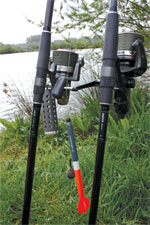 I often hear people saying that they don’t need a marker rod, that a spare carp rod does the same thing. Whilst in essence this is true there are certain features that marker rods have that set them aside from your standard carp rod. The rod I have been using for some years now is the Greys Marker rod, the reason being is this rod has a spliced tip, meaning that the last quarter of the tip section is glass, because the tip is that little bit softer it makes locating small clear areas and bumps that much easier and due to this softness the feeling is transmitted all the way up the rod. The other benefit of this rod is that the carbon is a fast taper so you can reach great distances enabling you to feature find more water, the 12’ version is capable of 100 yards consistently with no change in casting style. I am convinced that using this rod rather than a spare carp rod helps me get my rods in the water that much quicker as I am able to feel and decipher what is out there! 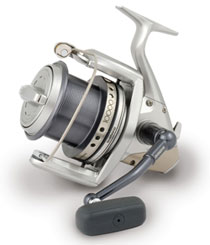 Now, reels for feature finding should have one key feature, a big spool, by this I mean a wide and long tapered spool. The main reason for this is on the cast, compared to say a match reel the coils coming off the spool are a lot larger which in turn means more line being taken off the reel and as it is free running a lot quicker too, this will allow you to cast longer distances and cover much more water, because the marker is the rod that needs to cast the furthest the big pit reel makes it less tiring which is always a bonus!

Line choice is a "no brainer" it’s braid all the way! It is essential that you are able to feel every knock, bump, smooth patch and weed bed that the lead passes over, and having braid paired with the soft tip of the rod makes judging what’s on the lake bed much more precise than say, mono, which in some cases has 30% stretch which would feel like pulling a lead across grass with an elastic band, as you pull it you would get a sling shot effect which in conjunction with the neutral density of the water and you would bounce the lead off the bottom missing out large sections of the lake bed. In contrast as braid has 0% stretch the lead is kept on the lake bed searching the depths so when you get your rig out there you not only are safe in the knowledge of what you are fishing over but also armed with the ability to adapt your presentation to suit the situation, however, presentation is a whole different article!! 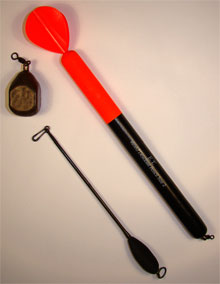 Now we have sorted out the main kit lets get down to the business end. Now I always use the same setup regardless of the venue as it enables me to be confident of the same result. The key part of my setup that may differ to others is a buoyant stem. This piece of kit is used to keep the ring clear of any weed or chod that is on the bottom and may prevent the float rising to give a depth reading. The floats themselves are very buoyant, visual and their shape enables the float to be cast a great distance.

The reason the float is so brightly coloured is so that it can be seen at distances in excess of 100 yards even when there may be some chop on the water, its also advisable to carry a spare as they take a lot of abuse even in normal use and its not uncommon for it to be hit by a loaded spod or an accurate cast with a lead.

Finally, the lead that I opt for is a square pear swivel lead in either 3.5 or 4oz, there is two reasons for this, firstly the weight means I have a good mass to cast a long way and secondly the larger sides of these leads gives more surface area which in turn transmits more up the line.

Can you see a pattern emerging here as to why the dedicated marker setup makes the job of feature finding much easier! 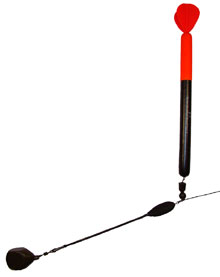 There are two main factors to consider with the cast, the first is to wet the braid thoroughly before you start, the braid is such a thin and light material that if you don’t do this not only can you get problems with wind knots forming in the braid but also the braid can bow in a cross wind, which is reducing the distance you can cast. Secondly, you must "feel the lead down" this means that you slow the line off the spool by using your finger to gently feather the line just before it hits the water, then following the lead down to the bottom with the rod tip to feel what the lead is landing on, a hard "donk" is gravel, a soft thud is clay/silt etc.

If you feel that "donk" and you know that the fish feed on the harder areas then you can pop the float up, making a note of the depth and have a baited rig cast to the area in minutes with the peace of mind that the presentation is spot on, once you have got this technique perfected it can be invaluable for getting the rods out quickly for an overnighter!

TOP TIP: When measuring the depth, don’t pull line from the reel using the baitrunner facility as this will create enormous line twist, which can cause issues with wind knots. The best method is to open the bail arm and feed the line off slowly.

Deciphering what you feel

So now you have cast out and you are pulling your lead across the bottom but what exactly are you feeling? How do you decipher silt from weed, well I will try to give you an idea of what I feel is the best interpretation in words of what the different types of bottom can feel like, but what I will say first is that there is no substitute for you actually going out there and doing it first hand as you can then draw your own conclusions and tune your senses.

When I am fishing a silty venue or an area of a lake that I know has silt I tend to lower the weight of the lead slightly so that when I am feeling the lead down it doesn’t plug in the silt. This will then mean that my first depth reading will always be an accurate reading of the water depth and not include the silt. During the summer my preference is to have my rig on top of the silt so that the fish get to the hookbait first, in winter though I want my rig and hookbait in the silt as the carp will often be rooting around for bloodworm etc.

Anyway, lets get back on track here shall we! On these softer bottoms when you feel the lead down you wont get a donk like you would on gravel, the softer bottom would give a slight thud if its soft silt or if on mud or clay the thud will be a little more pronounced. Pulling the lead across silt should have slight resistance but will pull back towards you smoothly, like pulling across silk. The firmer silt, mud or clay will feel easier to pull through due to the lead being on top of the lake bed instead of being dragged through the silt pockets.

With weedy venues there will be all sorts of features to take into consideration, silt pockets, patrol routes through the weed, these are often visible, gravel spots and depth variations, bars and plateaus etc. Now as it’s just the feel we are interested in here, again there will be slight resistance but as the lead goes over each stone there will be a judder and pulling over a lot of gravel is a bit like running your finger over the draining board in the kitchen, intermittent thuds.

The weed on the other hand is quite the opposite, slow, heavy resistance usually ending up with a big green ball of weed being wound in and discarded, lighter weedy areas, such as fresh feeding areas, if done slowly can be checked out due to the weed being patchy and clear areas can be found that can be fished.

Well I hope I have given you a little more insight into this mystic area of carp fishing! I feel, that just an extra 30 mins prep time before putting the rods out to the "overhanging tree on the far margin", wouldn’t it be better to know what is below the tree and even better what is between you and there? It could well make the difference between a memorable session and a forgettable one. When we put so much effort into every other aspect of our fishing, just to throw it anywhere in the water and just hope seems crazy!

I will leave you with that thought